Supporting Learning & Development Consulting Inc. was founded by Dr. Yabome Gilpin-Jackson to facilitate transformative learning for leadership and development. Her passion and expertise is helping leaders, teams, organizations and communities make progress in uncovering possibilities and igniting transformation in the complex issues they face.  SLD Consulting also has a team of expert Associate Consultants who work with Dr. Gilpin-Jackson as needed to meet client needs.

Dr. Yabome Gilpin-Jackson is a trusted partner for leaders and professionals working to develop people and build organizational capacity for change. She is an applied social scientist and an experienced professional with proven expertise in the areas of leadership development, organizational development, facilitating strategic change and systematic organizing for social change and transformation. She is a certified executive coach and has worked with corporate, non-profit/social profit and public sector organizations, internationally. She is also adjunct faculty for undergraduate and graduate courses in her areas of expertise. Yabome has been named International African Woman of the Year by UK-based Women4Africa and was the first ever recipient of the US-based Organization Development Network’s Emerging Organization Development Practitioner award. She also received the prestigious Harry Jerome Professional Excellence Award in Canada. 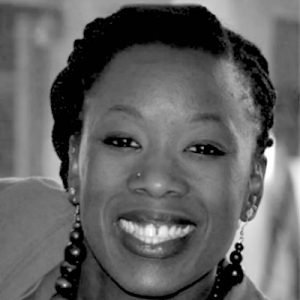 Dr Gilpin-Jackson’s professional expertise has been recognized with multiple awards internationally. She received the prestigious 2018 Harry Jerome Professional Excellence Award in Canada, was the first ever recipient of the US-based Organization Development Network’s Emerging Organization Development Practitioner award and has received the International African Women of the Year award by UK-based Women 4 Africa.

International African Woman of the Year award from the UK-based Women 4 Africa organization.

Dr. Gilpin-Jackson was nominated for her research, speaking and writing on continental African issues. Her research includes examining the growth and development needs of war-affected African immigrants and refugees from a lens of posttraumatic growth and transformation as well as examining emergent African leadership that is driving progress on the continent in contrast to the failed political leadership narrative often privileged. She was also honoured for her work in 2014/2015, speaking and writing passionately in Canada and America to educate about Ebola and mobilize action in support of the eradication efforts in West Africa.

In 2016, she initiated the We Will Lead Africa project, a groundbreaking take on everyday leadership narratives across Africa to inspire, and broaden the leadership body of knowledge beyond her academic writing and to incorporate a practitioner perspective. Yabome was lead editor of the resulting edited book volume that was released on May 25, 2017, Africa Day. She has also published short story collections on global African experiences, to reach everyday audiences and build awareness about the diversity and social inclusion issues Africans on and off the continent grapple with. Those collections are available on Amazon: www.amazon.com/author/yabomegilpin-jackson.

Yabome is also a Board member of The People’s Foundation of Sierra Leone’s (TPFSL) that supports post-secondary education for students in her native Sierra Leone. See also Yabome’s CV and list of Publications here.

“Our first award is a new award that recognizes an Emerging New OD Practitioner.

“This award honors emerging new OD Practitioners for their contribution to the field. The contribution may be an innovative use of a new tool, sharing lessons (even “failures”) so others may grow, peer mentorship, challenge and encouragement. The Emerging New OD Practitioner Award is our opportunity to recognize valuable contributions to OD and highlight an individual or individuals who are having an early influence on learning, development, operational practice and impact in OD.

“The first ever Emerging OD Practitioner Award is presented to Yabome Gilpin-Jackson.

“Dr. Yabome Gilpin-Jackson manages the OD Practice for Fraser Health, the largest health region in British Columbia, Canada renowned for cutting-edge OD practice. She is a scholar-practitioner and contributor to the ground-breaking work on Dialogic Organization Development and other publications in our field. This year she was named International African Woman of the Year for initiating the We Will Lead Africa project and resulting edited volume, which was informed by her work in leadership, OD and social change. Yabome also speaks – most recently at Princeton University – about the dynamics of diversity and identity, represented by the question she’s often asked: Where are you from? She has published a related short story collection, called Identities.  Yabome is a role model for all up-and-coming OD practitioners.”