Identities Blog Series: Story #9: When I became a Black Man 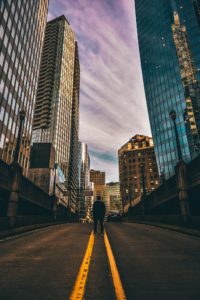 Photo Credit: My nephew & one of the inspirations for this story: Dey*

I could not believe that this was happening to me. I had heard about this. Seen it on the news, but never expected it to happen to me. This, is Canada after all. These things don’t happen here. Or so I’d thought…

I wrote this story in Identities: A short story collection for my boys.

They have 11 cousins of the male sex.

They were all born and currently live in the United States or Canada.

I am a social scientist and yet, even though I cognitively understand the dynamics of the artificial social stratification of our societies, have examined issues of social justice in academic and community contexts and even teach about it, it was never personal.

That is, until last summer – specifically, last summer when the shootings of Philando Castile and Alton Sterling sparked protests across the United States and culminated in the shooting of law enforcement officers in Texas.

I came from work to our home in Port Coquitlam, British Columbia, Canada on the day of the Texas police shootings. Like many households, our TV was tuned to the American channels covering the news as it unfolded in Texas. We had been watching the news and protests all week. One of my sisters was visiting for the summer with her 3 sons. Another sister lived next door and her 3 sons were always in and out of our home. Another one had sent her son over from Toronto to spend time with the cousins. As we watched the news, the boys started coming in from the playground, or school or work or next door. As they filed in, they each found a spot in the living room, sat down and joined the unfolding conversation – actually, it was more like bursts of questions and answers or monologues, followed by silence. Like radio static flowing into the occasional clear delivery from a station, followed by radio silence, before more static. The static was our unspoken confusion at the state of our reality; the spoken moments, our attempt at making sense of it while reassuring our boys; the silence, well…

The boys ranged in age from 4 to 21. One of the older ones instinctively picked up my 4-year-old and put him on his lap – handed him a phone to play with. My 4-year-old had been goofing off in the middle of it all, completely unaware of what was occurring, or the experience in the room, or the implications for his life. Two of our three husbands were there too – taking it in – jaws set, hands in pockets. In one radio burst, my sister said: “This is so distressing! And my son is about to head to Atlanta to Morehouse!” I surveyed the living room as her comment took seat in my mind and as we attempted to explain the violence to our children, it suddenly hit me:

Now, for those of you thinking racial issues are only American issues and the profiling that happens in America does not happen here, think again. As we watched the Texas shootings that day, my 19-year old nephew said: “my friends often argue with me that it doesn’t happen here, then I ask them how many of them have been pulled over by cops while driving around on a regular day. They typically can’t answer that because the answer is none of them. But I get pulled over.” Then I remember the sickening feeling I had on the day he was first pulled over not long after he got his Driver’s license. He wrote a facebook post about the encounter. I remember reading it in shock. We talked about it afterwards and then I filed it away in my denial box. So the day of the Texas shootings, I asked if I could use and adapt his post for the short story collection I was working on and he agreed. His post is the inspiration for the story, When I became a black man and is featured in it.

Is my nephew’s experiences of police encounters a series of isolated events? Toronto-based journalist Desmond Cole has tracked and continues to track his own unwarranted experiences of police encounters in a powerful article, now a documentary – This skin we’re in. The consensus is that we just have less acknowledgement and less data on this side of the border about minority profiling (see for example here or here) and cases that happen here are not as publicized. Take for example the death of Abdirahman Abdi, a Somali-Canadian, as a result of a police encounter. That happened in Ottawa the same month as the Texas shootings. Or the incident of police surrounding and ticketing Andrew Denis-Lynch while he serenaded his girlfriend with an ice-cream cone in his hand. The belief that IT does not happen here is like my willful blindness to the reality of who I (and my children) are socially defined as in this society, and the implications that follow. Growing-up in a predominantly Black African society afforded me some distance and I was insulated from these racial issues then. But when you live in the West, Black applies to all of African/Caribbean descent, historically or new. Abdirahman or Amadou Diallo weren’t asked if they were new African immigrants any more than Philando Castile and Alton Sterling and countless others were asked what kind of Black they were before they were shot or beaten. And I, for example, can no longer deny that in every professional setting I step into, I am typically more qualified and more experienced than my men counterparts, however, I have yet to find one that I earn more than.

I write and speak about these identity issues, in the faith that these things can and will change. I do what I do, in the hope that I will be part of all the other movements and actions and conversations that together will lead to the butterfly effect. That moment in the life of a human system when someone will speak and everyone listens and it suddenly makes sense, even though we’ve heard it many times before. They might say: “Wait! We just made all this up, we don’t have to live this way. Can’t we just undo it all and make up a new storyline that serves us all?” There are many already saying yes to this…I am waiting for that moment when all will say yes, so that I don’t have to hold my breath, praying that my sons and nephews and daughters will come home safe when they are older, and are out and about on their own, on what is otherwise an ordinary day.

See my books on amazon at: https://www.amazon.com/author/yabomegilpin-jackson

*Dey is a College student and singer/songwriter. Follow him and his music at:https://www.facebook.com/itsdeymusic/